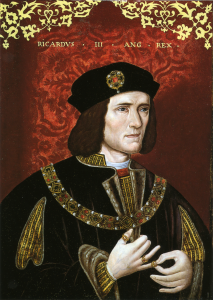 Amazingly the first trench immediately unearthed two leg bones; these were part of the Greyfriers skeleton which was ultimately identified as the remains of Richard III! END_OF_DOCUMENT_TOKEN_TO_BE_REPLACED