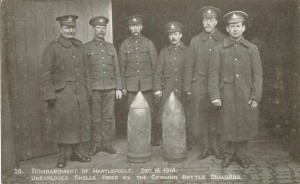 This year marks the centenary of the outbreak of World War One known simply at the time as The Great War or The World War. The war raged on for four years resulting in more than 16 million deaths. I really want to write something about the conflict but I’m struggling to find a topic I feel comfortable covering. So much has already been written about The Great War, every child is taught about the assassination of Archduke Franz Ferdinand, the Triple Entente, The Somme, Ypres, mud, bullets, trenches and the armistice. Writing about any of this would simple repeat what most people already know! 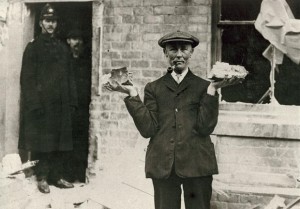 There is one event which is perhaps not talked about too much but is very significant and very personal to me. I’m referring to the German bombardment of my childhood town of Hartlepool on 16th December 1914 known at the time as “The Bombardment of The Hartlepools (Old Hartlepool and West Hartlepool amalgamated in 1967)”.

On the evening of 15th December four battle cruisers, ‘SMS Seydlitz’, ‘Moltke’, ‘Von der Tann’ and ‘Derrflinger’; one heavy cruiser, ‘SMS Blücher’, four light cruisers and two flotillas of destroyers left their base, heading out into the North Sea. The intention was to bombard Hartlepool and Scarborough.

At dawn, six miles east of Hartlepool, shots were exchanged between the German fleet and the destroyers of the Local Defence Patrol who were out gunned and left to raise the alarm. No-one in the town heard anything. The ‘Seydiltz’, ‘Moltke’ and ‘Blücher’ continued to steam towards Hartlepool and the rest headed for Scarborough. 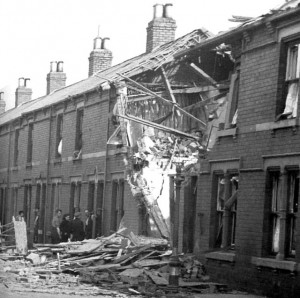 At 8.10am the first shells from the German cruisers were fired. They were aiming at the shore batteries and the Lighthouse. The shells cut all the lines of communications between the batteries throwing them into confusion.

The German cruisers moved within four thousand yards of Hartlepool and began firing shells into the gun emplacements and the docks. Shells were being fired at such short range that their fuses did not have time to set, so many failed to explode on impact, or skittered away into the town because they were running horizontally rather than falling downwards.

The Hartlepool batteries were able to return fire with three BL 6 inch Mk VII naval guns but frustratingly the shells simply bounced off the armoured sides of the cruisers. The gunners instead started to aim for the masts and rigging, their accuracy was sufficient to force SMS Blücher to move behind the lighthouse to avoid further damage.

Panic spread and many residents thought the Germans had landed and were making their way up the beach. Many fled to higher ground by road or flocked to the train station in a bid to escape. The bombardment lasted three quarters of an hour, during that time 1,150 shells were poured onto Hartlepool resulting in damage to the steelworks, gasworks, railways, seven churches and 300 houses. 438 people were injured and 93 people were killed including Theo Jones, the first soldier to die on British soil in the Great War. 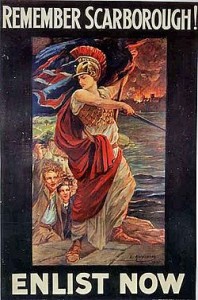 When it was clear the attack was over people began to filter back to the shoreline, some helping to dig out the injured from collapsed buildings, others helping themselves to shell fragments to keep as souvenirs. 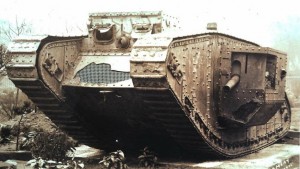 The effect of the bombardment on Hartlepool was extraordinary and demonstrated the resilience of the town. In 1918 West Hartlepool won the national Tank Bank competition by raising more money per capita for the war effort than anywhere else in the UK! They won a tank called Egbert which stood on Stranton Garth in West Hartlepool until 1937.