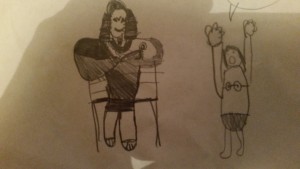 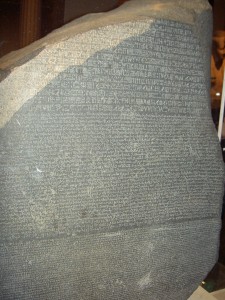 These facts are interesting but pale in comparison to my nearly eight years old chief interest. MUMMIES! 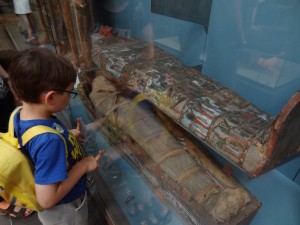 Thomas examines a mummy at the British Museum (Summer 2015)

Of course, what else would a young boy be fascinated by when it comes to ancient Egypt. My son’s interest in mummies was first pricked when we visited the British Museum. No visit to the British Museum is complete without a visit to their fascinating yet busy Egyptian collection which outside of Cairo is the largest in the world!

The word ‘Mummy’ is very confusing though, not least of all for my 5-year-old son who wanted to know what ancient Egypt had to do with his Mummy! So why do we call them Mummies? Well it’s an Arabic word for bitumen (a type of black tar, used to make road surfaces in modern times!). When the Arabs discovered and wrote about Mummies they thought they were covered in bitumen.

Why did Egyptians mummify their dead? Well like many religions, the ancient Egyptians thought that one day the world would end and we’d move into the afterlife. In the afterlife you’d need your body, this is no use if it’s rotted away! To make that long journey they would need their earthly body hence the emphasis on preservation.

So I could write pages of interesting facts about Mummies but as I’m writing this with my son in mind I’ll head straight into the gruesome process of mummifying the dead! So here are the steps: 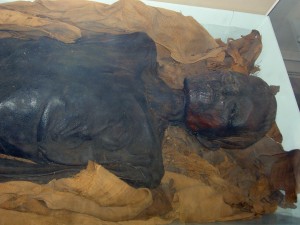 An unwrapped mummy at the British Museum

So what became of the mummies. Well mummies are still being discovered, hidden away for thousands of years. Most major museums hold a mummy or two thanks to the Victorian fascination with anything associated with Ancient Egypt. In fact, in Victorian Britain, mummy unwrapping’s became an ‘A’ list event! Mummies were sometimes used as a source of fuel, due to them being completely dried out they would burn really easily. There are reports of firemen using them to stoke the boiler on steam trains! Perhaps the weirdest fate of a mummy is its use in per-industrial medicine, in a powdered form to treat just about any ailment!

6 thoughts on “My Son’s Fascination with Ancient Egypt!”